Harold’s Corral is the official Heinz Field West!
One of the biggest Pittsburgh Steelers bar in the Nation!!

Harold’s Corral in Phoenix, Arizona is one of the most well-known Steelers Bars in the Steeler Nation. Aside from eats and drinks, they even have Steelers newsletters that date back to 2000. No bandwagon fans here!

This place is huge, with room for 600 Steelers fans on the inside and 200 more fans on the outside patio.

We show all the games on every single TV & pack the bar with the loudest screaming, towel whipping, beer drinking, black & yellow wearing, Pittsburgh Steeler Fans!! 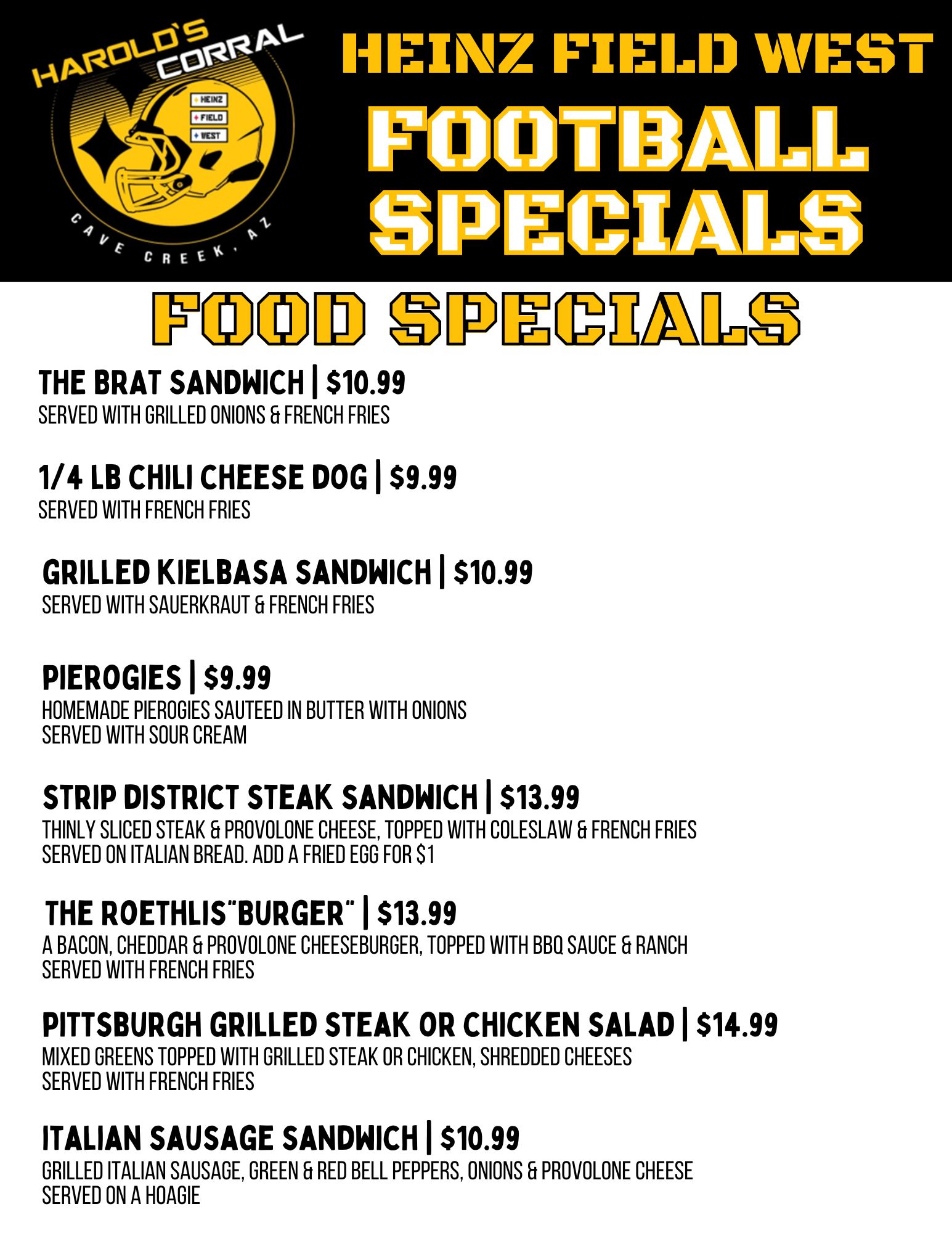 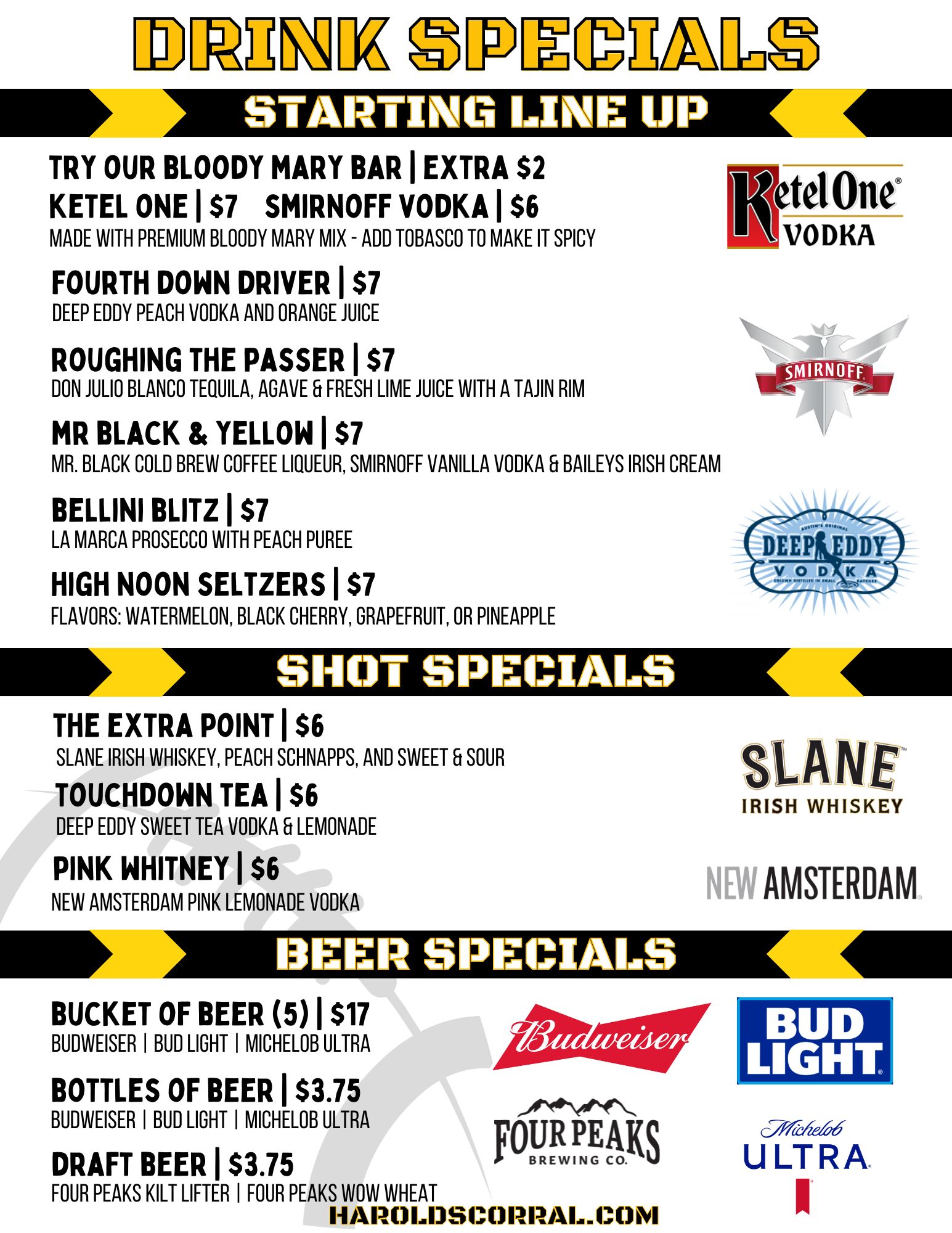 VIDEO: STEELERS GIVE BACK ON THE ROAD

VIDEO: THE TRIBLIVE VISITS 3 STEELER BARS ACROSS THE NATION

If you want to see real Steeler fans, Harold’s is the place to be!

Harold’s Corral is the official home of Heinz Field West a Pittsburgh Steelers Club. It is the place for all faithful of the Black & Gold to meet on Sunday & watch their beloved Steelers.

Patty on Facebook said:
The BEST place to watch the Steelers in AZ, complete with Terrible Towels and Iron City beer!!! 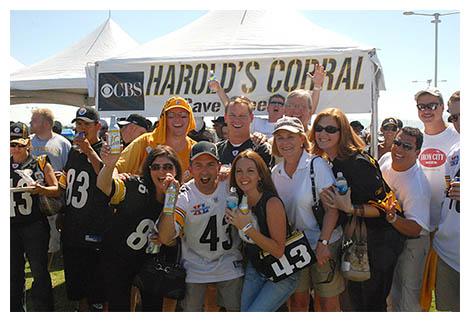 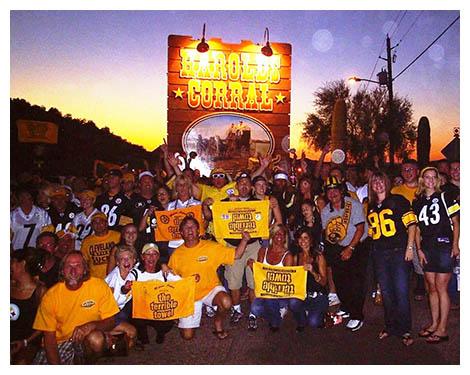 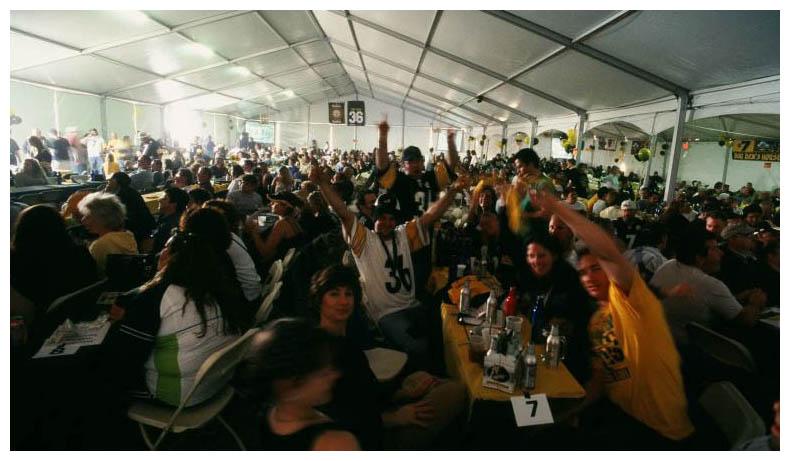 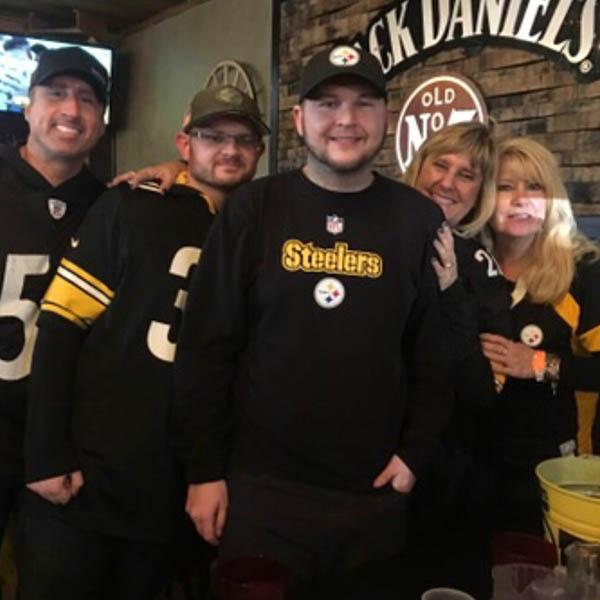 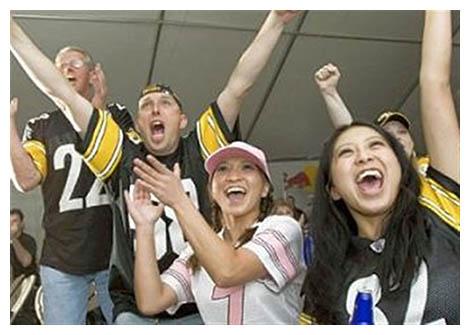 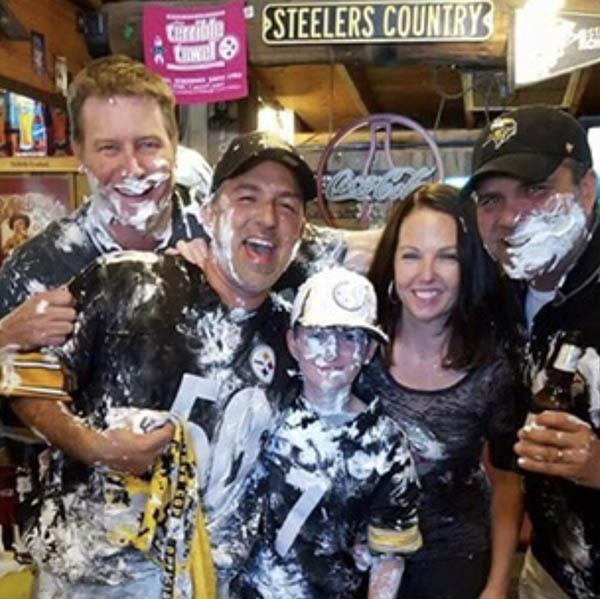 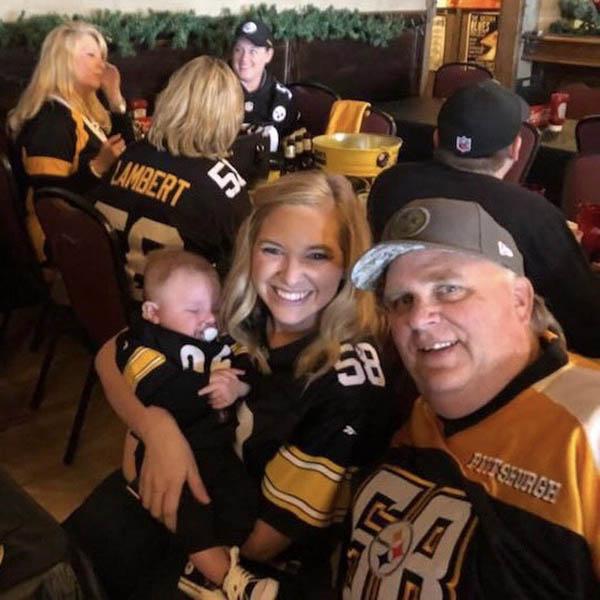 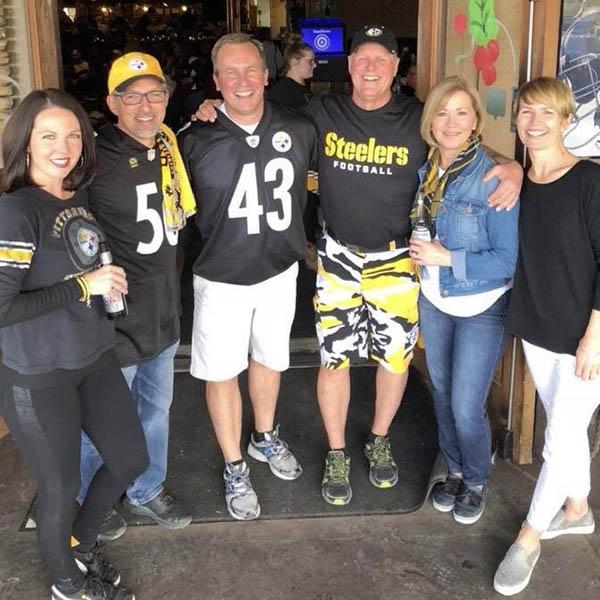 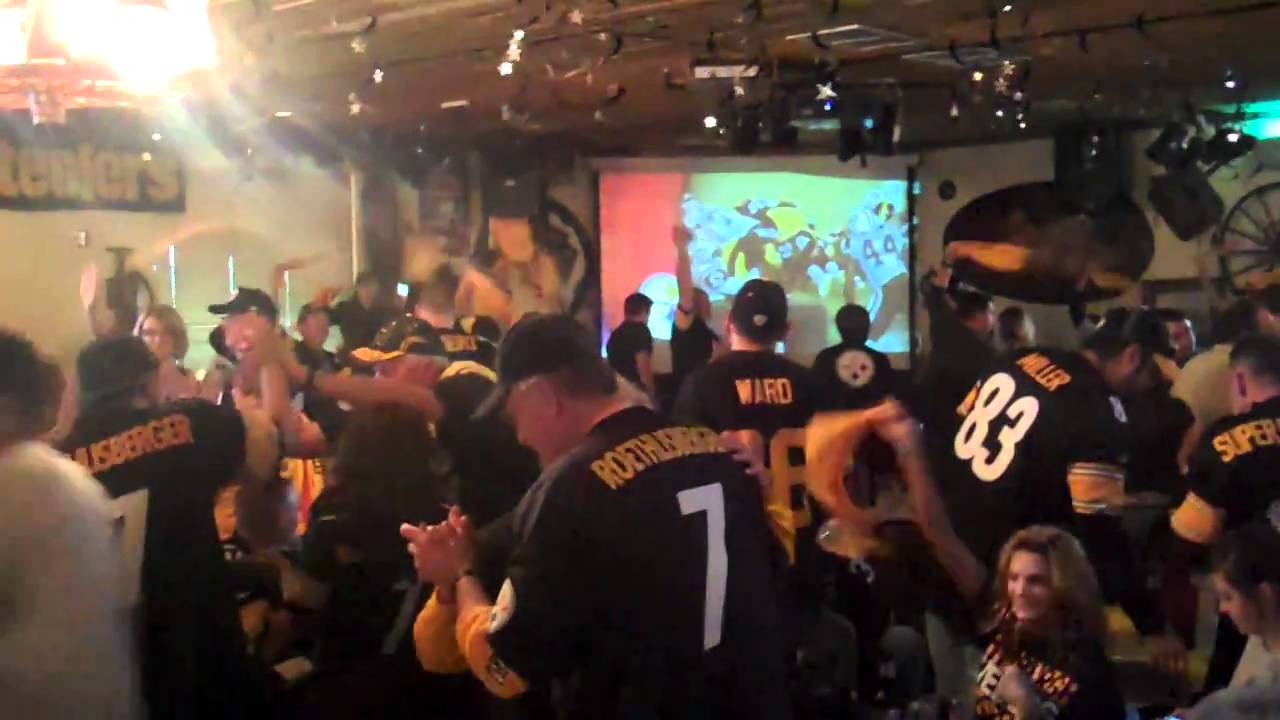 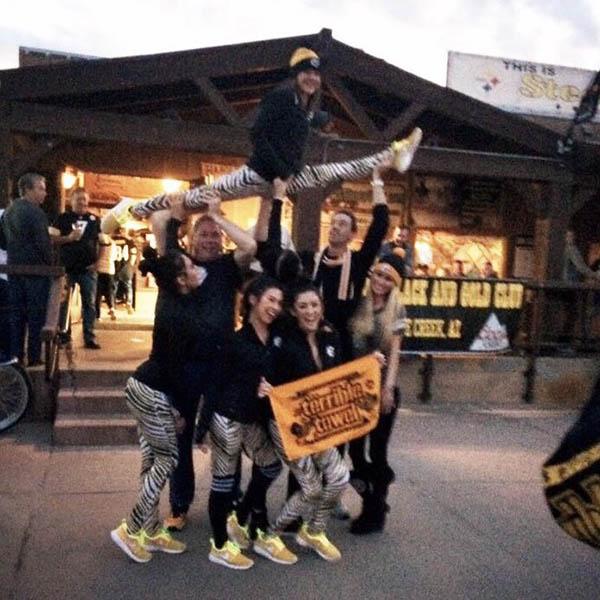 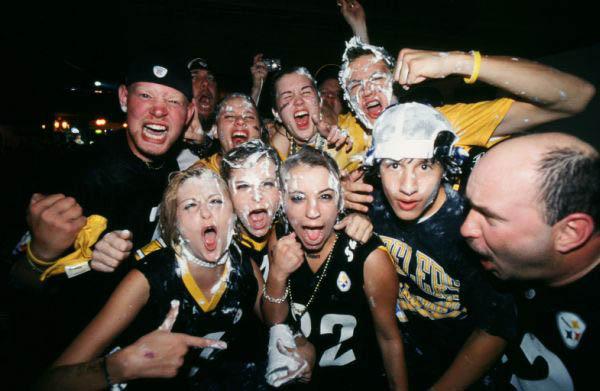 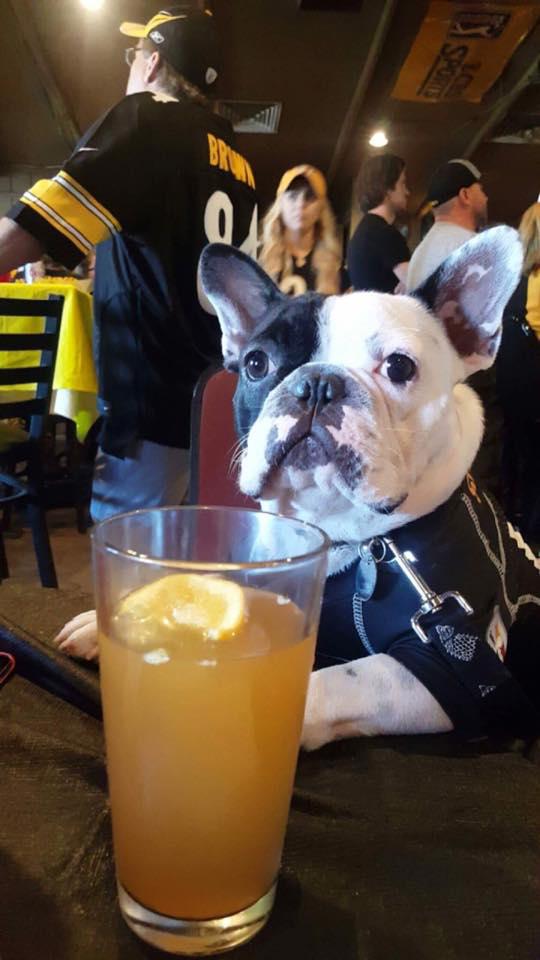